You catch, weigh and release bass in tournaments, giving little thought to what happens to the fish next. After all, bass are released into the wild to be caught another day in catch-and-release tournaments, right? Not necessarily and here is why.

The dark side of everything else that is good about catch-and-release tournaments is delayed mortality. The scientific term is defined as the percentage of mortality after those seemingly healthy fish are released back into the lake.

Delayed mortality is highest in summer, when water temperatures are higher and oxygen content is lower. Stressed bass held all day in a livewell can face an uphill battle when turned back into their natural surroundings in hotter weather. At other times delayed mortality can be an issue when anglers neglect some very easy to follow fish care handling procedures before bagging up their catch for the weigh in.

The good news is that today’s bass fishermen, tournament organizers and the entire scientific fisheries management community all share the same goal about catch-and-release. That is prioritizing fish care up front. Preventing delayed mortality begins when you set the hook on that prized keeper bass.

Keep your keeper bass healthy with these fish care livewell tips. You will have peace of mind knowing you did your part to keep bass alive to be caught another day.

Fish care can actually begin before you even leave the dock. When the tournament official comes to check for proper operation of your engine kill switch, running lights and livewell, turn on the pump. Water is cooler during takeoff time, and your livewell will be ready for the first fish of the day. As a rule of thumb, you should not exceed a ratio of 1 pound of bass per gallon of water. Know your livewell capacity and make a good judgment on how much water it will take. About three-quarters full is a good place to start.

Inside tip: Know how your recirculating timer works. With some systems, the “Maximum” setting means minimal aeration. Play it safe with continuous circulation when surface temperatures are above 75 degrees.

With the livewell filled and the pumps set to recirculate the water here is what comes next. Hopefully it will be keeper-sized bass being added to the livewell. When breathing we release carbon dioxide that dissipates into the atmosphere. Fish release toxic ammonia, which in a livewell has nowhere to go. Ammonia in livewell water is unhealthy, and you reduce its level by keeping the water fresh. About every two hours completely refill the livewell with new water. Do that with the pump out feature and the pump in feature turned on. When filled shut off the fill pump and set the timer to full recirculation.

Inside tip: Avoid refilling with fresh water from stagnant backwaters or shallow areas that may be extremely warm and low in oxygen.

You chill your drinks to keep hydrated, and tournament bass can also benefit from ice added to the livewell. Ice cools the water and slows fish metabolism. Cooler water holds more oxygen, and slower metabolic rates reduce oxygen demand and waste production, a win-win for you and the fish. Add ice when water surface temperatures are above 75 degrees. Keep the livewell temperatures no more than 10 degrees below the ambient surface temperature of the lake. As a guide, a typical 8-pound bag of ice cools a 30-gallon livewell by 10 degrees for about three hours. On long hot days you can store bagged ice in a soft sided cooler. Use a floating aquarium thermometer to monitor temperatures.

Inside tip: Keeping the ice in the bag prolongs melting inside the livewell. 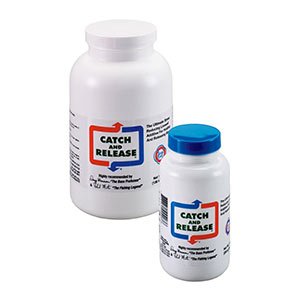 LIVEWELL ADDITIVES
Here is where delayed mortality begins. Fish in captivity take in more water than normal. That creates a chemical imbalance that over time can cause problems later. When we exercise, our bodies need to replace lost electrolytes, and the same is true for fish. Maintaining the salinity level of the water reduces stress. How you can play your part is using livewell additives. Those products are available at retail with a word of caution. Not all are not approved by the U.S. Food and Drug Administration for use on fish that may be treated and released, and possibly eaten by humans.

Inside tip: If going organic is your creed, at the grocery store you can also take your motto to the livewell. Add non-iodized salt at a rate of 1/3 cup per 5 gallons of livewell water. Pre-measure the salt into plastic kitchen storage bags for later use. 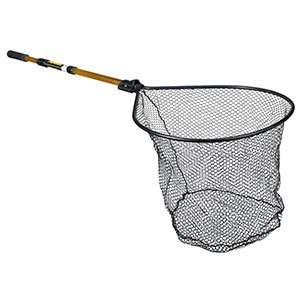 GET THE NET!
Fish secrete a protective slime coat or mucus as a barrier to disease. If your tournaments allow the use of dip nets you can protect the slime coat with a soft plastic-coated version. 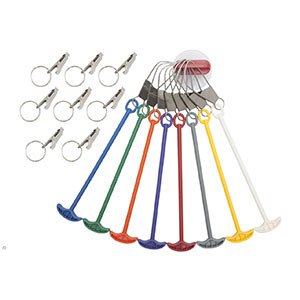 CULLING
If the day goes well you will have the chance to “cull up,” which in tournament lingo means replacing a smaller keeper with a larger catch. That of course adds ounces and pounds to your overall weight at the scales. If livewell space is available the smallest fish should be kept in a separate compartment, which makes identification and exchange very efficient. Identifying those fish, in order of size, can be done with color-coded cull tags that utilize small spring clips attached to the fish’s lip. Use cull tag systems that do not puncture the skin of the mouth.

Inside tip: Do not use the culling tubes or ropes to hoist fish from the livewell. Use the rope to lead the fish to the surface and then grasp it by the lower jaw.

Livewell kept fish can take a serious beating from sloshing around in livewells. That is especially true on long runs across choppy water. In overfilled livewells the fish can come into contact with plumbing. Fill the livewell to the overflow outlet and no more.

Inside tip: You can plug the overflow or close it off if the feature is available.

AT THE WEIGH IN

Fill the weigh-in bag provided by tournament officials with livewell water, not lake water. Do that by turning on the pump out feature and filling the bag as water comes out of the discharge hole at the stern. Treated and cooled livewell water is a better option than filling the bag with lake water, which can be less oxygenated or might contain contaminants harmful to the catch. At the tanks submerge the bag to keep fresh water and oxygen flowing to the catch.

Inside tip: If the weigh-in tanks use air nozzles insert them into the bag as you move through the line to add more oxygen.

Following the weigh in make sure to completely discharge all water from the livewell. Don’t stop there. Inspect the inside of the livewell and remove any dead or alive baitfish, crawfish and weed filaments. This is important if you’re living in states with laws about the illegal transportation of invasive aquatic species.

Inside tip: If there are no laws, do your part to prevent their spread, at the ramp before you hit the road. Get Ready For Spring

Kinocean offers the best in fishing and leisure with our new lines of aluminum boats. Send us en inquiry of any of our boats .. How To Buy A Pontoon Boat? Top Factors To Consider 7 Simple Pontoon Boat Hacks That Will Change Your Boating Life 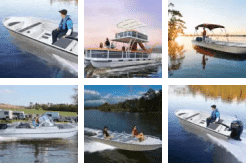 Kinocean offers the best in fishing and leisure with our new lines of aluminum boats. Send us en inquiry of any of our boats ..

How To Buy A Pontoon Boat? Top Factors To Consider

7 Simple Pontoon Boat Hacks That Will Change Your Boating Life